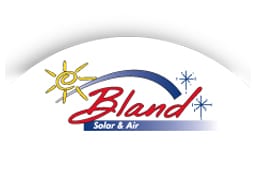 “We are choosing APS as our microinverter because they are second to none in their functionality, efficiency and durability,” said Ty Simpson, Director of Sales for Bland Solar & Air. “Their production specifications are becoming the benchmark of what a microinverter should be able to do and produce.”

Higher power handling and output allows APS Microinverters to be paired with PV modules up to 310 watts, with a single unit handling two modules — another bonus for system designers and end customers, he said.

Simpson also praised the APS technical support team for its “uncanny” response time, and cited the company’s ability to fulfill product orders faster than other manufacturers.

“For the past seven years, Bland Solar had been exclusively using the industry leading microinverter brand, and their switch to APS is a strong endorsement,” Ludgate said. “Bland Solar has a proven reputation for excellent customer service and providing significant value to their customers. We’re pleased to partner with Bland in a community where solar power has been so widely and enthusiastically embraced by consumers.”

Fresno ranks No. 1 among US metropolitan areas in solar capacity installed per capita, according to the National Renewable Energy Laboratories’ Open PV Project.

APS was founded in the Silicon Valley in 2009, and is now a global leader in the development, manufacturing and marketing of microinverters based on their own proprietary, leading-edge solar technology. APS America, representing APS in the US market, is based near Seattle, Washington.

Information on Bland Solar & Air can be found at www.blandsolar.com

APS Microinverters to be distributed by Empire Clean Energy Supply in the greater...
Scroll to top