SEATTLE — APS Microinverters will be distributed by Empire Clean Energy Supply, in a first-time partnership between the two companies. 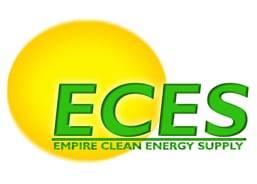 The agreement establishes APS ems Microinverter products in the Mid-Atlantic metropolitan market, where Empire is a major distributor of renewable energy products.

Empire will carry the full line of APS Microinverter products, including the flagship YC500, an industry-leading microinverter that handles two PV modules per unit with dual performance tracking and optimized power output.

“As a full-service supplier of photovoltaics, we strive to outfit our installers with the top technology and most reliable products available,” said Bill Feldmann, chief operating officer for Empire Clean Energy Supply. “We’re impressed by APS  products, service and support, and we’re glad to offer them in this market.”

APS has been on an aggressive growth curve in 2014, and the agreement with Empire solidifies the brand’s presence on the Eastern Seaboard.

ECES began as a division of Empire Electric, Co. based out of Brooklyn, N.Y., in 2003. An electrical supply house known throughout the industry, Empire decided it was time to join the renewable energy field, and the venture quickly gained momentum and earned a national clientele.

In 2005 ECES moved to its current location in Bohemia, N.Y., on Long Island. ECES later branched away from its parent outfit, becoming a partner company. The partnership of an electrical supply house gave ECES the ability to bring in all necessary electrical components utilized in a solar array, in addition to the main structural components.

APS was founded in Silicon Valley in 2009, and is now a global leader in the development, manufacturing and marketing of microinverters based on their own proprietary, leading-edge solar technology. APS America, representing APS in the US market, is based near Seattle, Washington.

What does Washington’s largest planned solar community look like from the...
Scroll to top