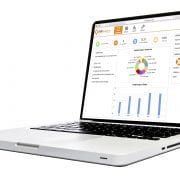 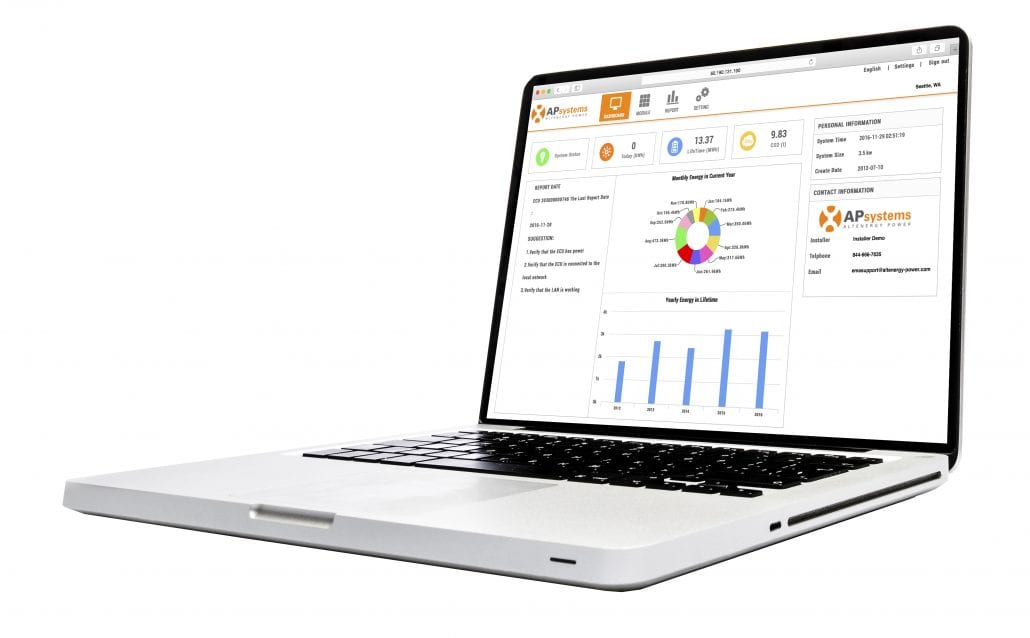 APsystems is proud to launch a Portuguese language option for its Energy Monitoring & Analysis (EMA) web portal to enhance service to its Portuguese-speaking customers around the world. Users can view their solar array performance using the same URL and log-in information as before at APsystemsEMA.com.

The new language version adds convenience for Portuguese-speaking APsystems customers in Europe and Latin American to help them better manage their solar systems.

The agreement brings APsystems advanced microinverter technology to Sunnova’s portfolio of top-tier, consumer-friendly solar services. Sunnova offers an array of solar lease, lease-to-own, and power-purchase options for customers all across the United States. 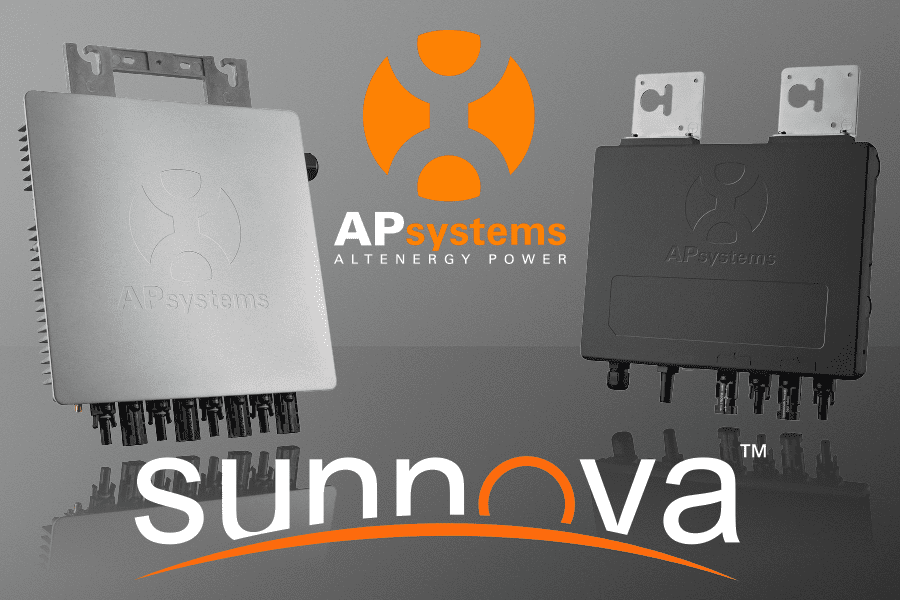 “Our goal is to offer our customers a brilliant choice for energizing their lives,” said John Santo Salvo, SVP of Channel Operations and Chief Procurement Officer at Sunnova. “We believe APsystems’ advanced microinverter offering is an ideal addition to our customer-empowering portfolio of solar solutions.”

APsystems is listed on Sunnova’s 2018 Approved Vendor List and is now an option in their system solution platform.

About Sunnova
Sunnova is a leading U.S. residential solar and storage service provider whose mission is to help power solar, savings, reliability and most importantly, life, forward. Offering various rooftop solar system solutions, Sunnova provides its customers with the opportunity to customize their own systems. Sunnova isn’t simply a solar company, but a power provider that offers people a brilliant choice for energizing their lives. For more information, visit www.sunnova.com. 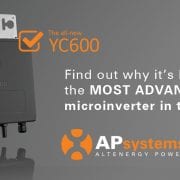 The first of its kind, the YC600 was designed to accommodate today’s high output PV panels, offer enhanced capability and meet the latest grid compliance standards, including UL 1741 SA requirements for California Rule 21 as well as voltage and frequency ride through and RPC for European and Australian DER requirements.

“The demands on today’s power conversion systems require that manufacturers not only bring cutting-edge concepts into existence, but also include the complex capabilities of successful previous generations, all while accommodating both current and new compliance standards,” said Dr. Yuhao Luo, APsystems’ chief technology officer. “The YC600 includes dozens of new and advanced features and functions that outclass competing products. And then we added free monitoring.”

The groundbreaking new microinverter will debut at Solar Power International, being held in Las Vegas, Nevada, September 11-13, booth #1745. The product is now available in Australia and Asia-Pacific markets and will soon launch in the U.S. market mid-Q4 and EMEA market late Q4 of this year. 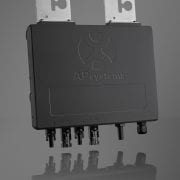 The first of its kind, the YC600 is designed to accommodate today’s high output PV panels, offer enhanced capability and meet the latest grid compliance standards while providing an unprecedented level of power with dual, independent MPPT per channel. The unit also builds on the successful APsystems line of multi-module microinverters, simplifying installation and reducing logistics costs.

The new microinverter will debut at the APsystems booth #1745 September 11-13 at SPI. 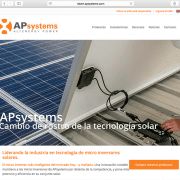 APsystems has launched a website for the Latin America market, including the Spanish and English versions. Users can visit the site at latam.apsystems.com. Click the button on the top right corner to choose the language.

The new Latin America website supports the APsystems office in Mexico, established in 2016 to support regional service and warehousing.

APsystems is now a global leader in the development, manufacturing and marketing of MLPE (microinverter and optimizer) based on our own proprietary, leading-edge solar technology. 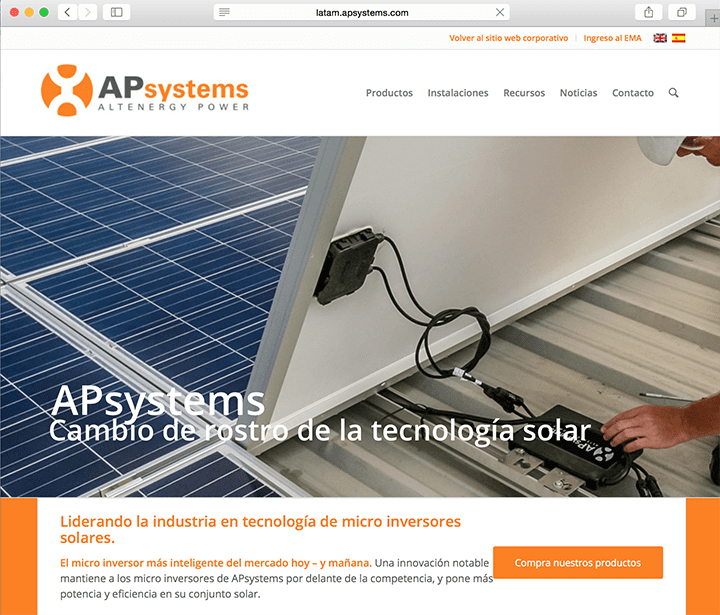 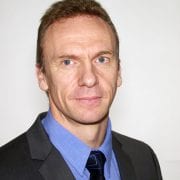 “APsystems globalization and scale have increased dramatically under Olivier Jacques’ leadership,” said Dr. Ling. “His appointment to EVP of USA and EMEA opens up new horizons for product portfolio development, go-to-market strategies, and the MLPE innovation for which APsystems is known worldwide.” 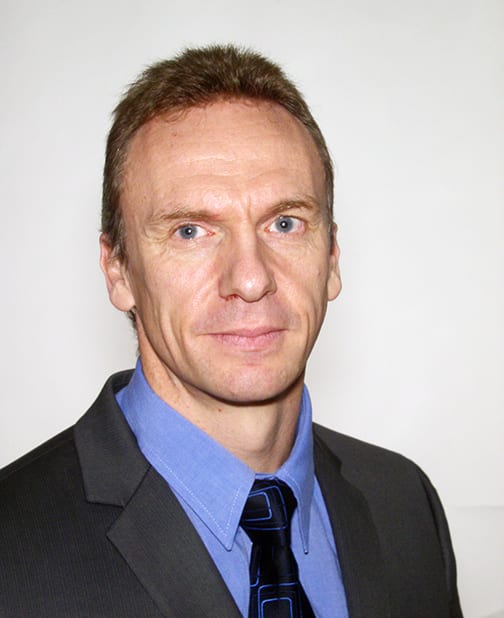 Jacques will be a featured speaker at the upcoming GTM Solar Summit, May 16-18 in Scottsdale, Ariz. He will appear at the forum “Residential Inverters – Differentiating in a Maturing Market,” at 2 p.m. May 17. See www.greentechmedia.com for information.

“I am delighted to lead APsystems’ next stage of growth across USA and EMEA, two of the most developed PV regions in the world,” Jacques said. “Synergies are becoming more and more evident as the fast-growing PV industry is maturing. We are observing convergence today with tomorrow’s winning business models, system sophistication and customer expectations. In this context, I believe APsystems is now ideally positioned within this dynamic.”

Olivier boasts more than 25 years of experience in industrial, automation, energy and high-tech industries. Prior to joining APsystems in October 2015, he served as Managing Director, EMEA for Enphase Energy. There, he developed the microinverter market in Europe from scratch, achieving leading share positions in key European solar regions.

Olivier previously served as Managing Director for international companies including Norgren (IMI group), a leading industrial automation and fluid control company, where he spurred growth despite an economic recession.

Founded in Silicon Valley in 2009, APsystems has grown to encompass three global business units with offices around the world, serving customers in more than 80 countries with its ground-breaking multi-module microinverters, including the YC1000, the world’s first true 3-phase, 4-module unit for commercial applications and still the top seller its product class.

Today, with hundreds of thousands of units installed producing more than 130 GWh of clean, renewable energy, APsystems continues to be a leader in the ever-growing MLPE segment and a solid corporate performer, profitable each of the past five years. APsystems USA is based in Seattle, Washington; APsystems EMEA is based at Rotterdam, Netherlands and Lyon, France.

“Sungage has really made a name for itself offering fast, no-nonsense solar financing, and we’re very pleased to join their vendor group,” said Jason Higginson, APsystems Senior Director of Marketing. “Support from solar installers made this partnership a smart move for both companies, and our customers nationwide will benefit.”

The company was founded in 2011 by entrepreneur Sara Ross, who was looking for an easy way to finance a solar energy system for her home. Ross, now Sungage CEO, built a business bridging the gap between homeowners, installers and financial institutions.

Sungage has continued to grow, focusing exclusively on delivering consumer-friendly financing options that make it simple for homeowners to go solar and save more money. The company has been profiled in leading journals including GreenTech Media, Bloomberg and the Boston Globe.

APsystems was founded in Silicon Valley in 2009, and was first to market with innovative solar products including the groundbreaking YC500, the first dual-module microinverter, and the YC1000 true 3-phase, four-module unit.

APsystems is the second largest supplier of solar microinverters and the third-largest MLPE provider in the world. APsystems microinverters have about 30 percent fewer components than competing brands, leading to higher reliability and lower costs at every point in the production and distribution chain. 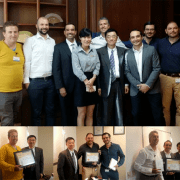 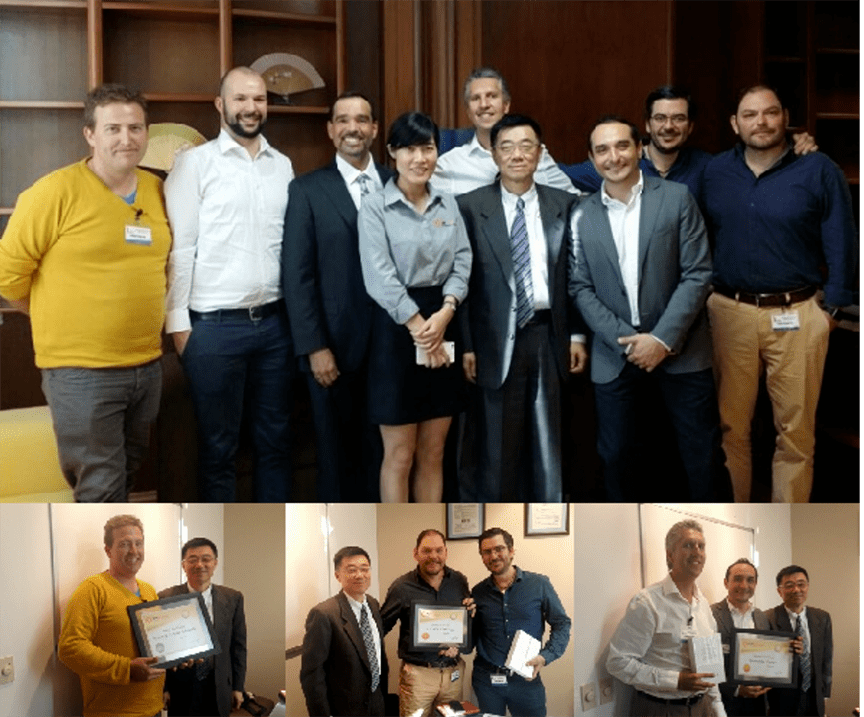 APsystems has established a new office in Guadalajara, Mexico, to support regional sales, distribution and service.

APsystems marked the expanded regional presence with a user conference for solar professionals, as participants discussed the Mexico market and expectations for 2017.

The firms STI, Greenergy and Sunnergy were honored by Wesley Tong, APsystems vice president, for their success in expanding the Latin America solar market.

Tong thanked the Golden and Silver distributors for their partnership in making APsystems a global leader in microinverter technology, and their passion for solar power and advancing a clean, renewable energy future.

APsystems entered the Mexico market in early 2013 with a specially configured version of the top-selling YC500 microinverter.

The web-based platform, available for free on any connected device, monitors and reports module-level energy production of solar arrays which utilize APsystems inverters and provides that information to homeowners and end users in a convenient and user-friendly format.

The new EMA website is active and available now, the result of a seamless transition from the previous site to the new interface. The added functionality addresses the high demand for detailed data and enhanced capability in a more user-friendly experience for the growing and competitive solar industry.

“We are excited to re-launch our very popular EMA website.” said Wesley Tong, APsystems chief marketing officer. “The site already hosts tens of thousands of homeowners and end users all over the world who view their APsystems solar array performance online and through the APsystems EMA App. These new design improvements now give them an even more in-depth view of their system energy production, improved reporting and additional historical data in a clean, comprehensive and dynamic user interface.”

Users can view their solar array performance using the same URL and log-in information as before at APsystemsEMA.com, through the APsystems EMA App or by visiting the APsystems website at APsystems.com and clicking “EMA Login” at the top right portion of the homepage. 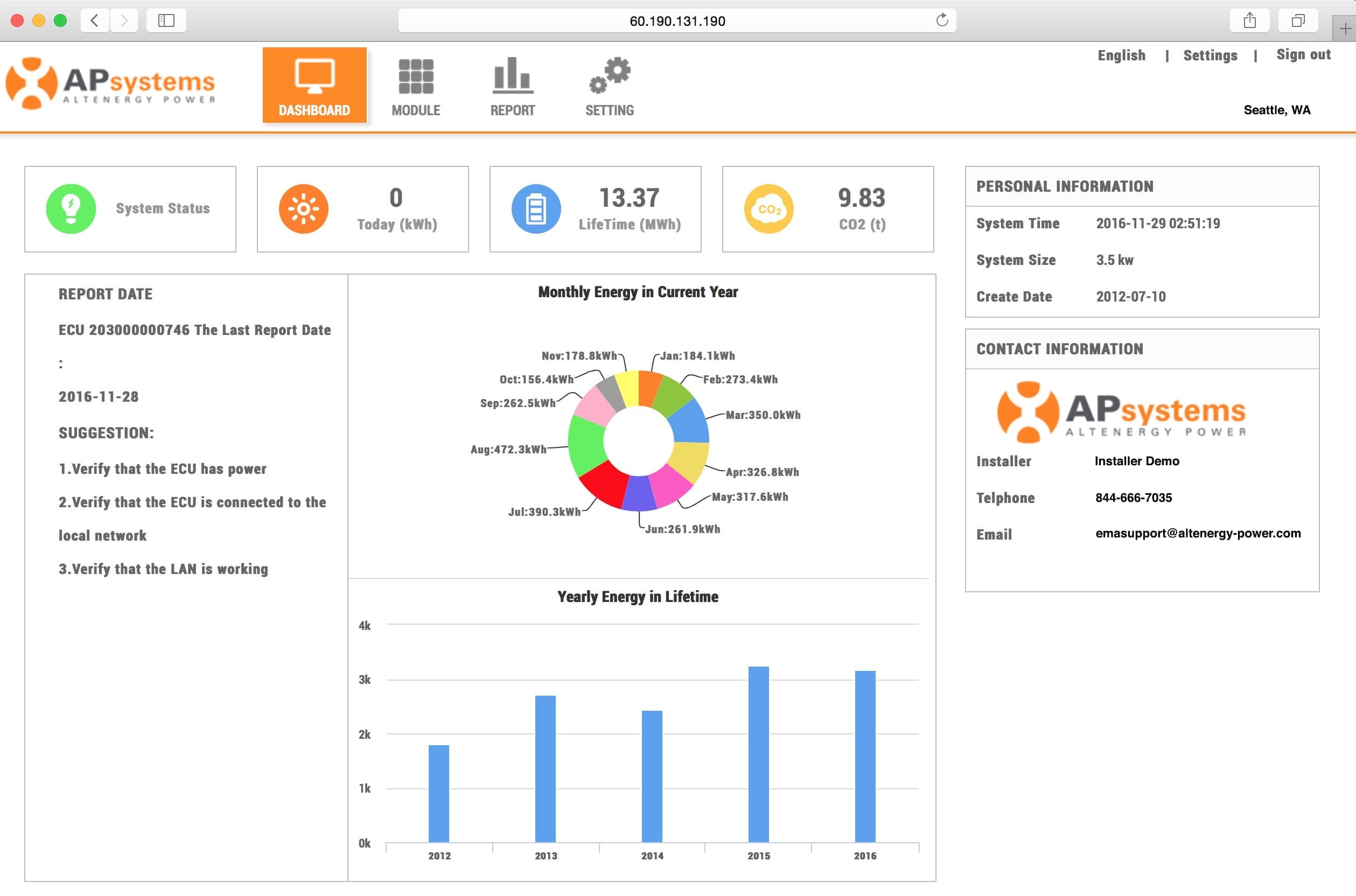 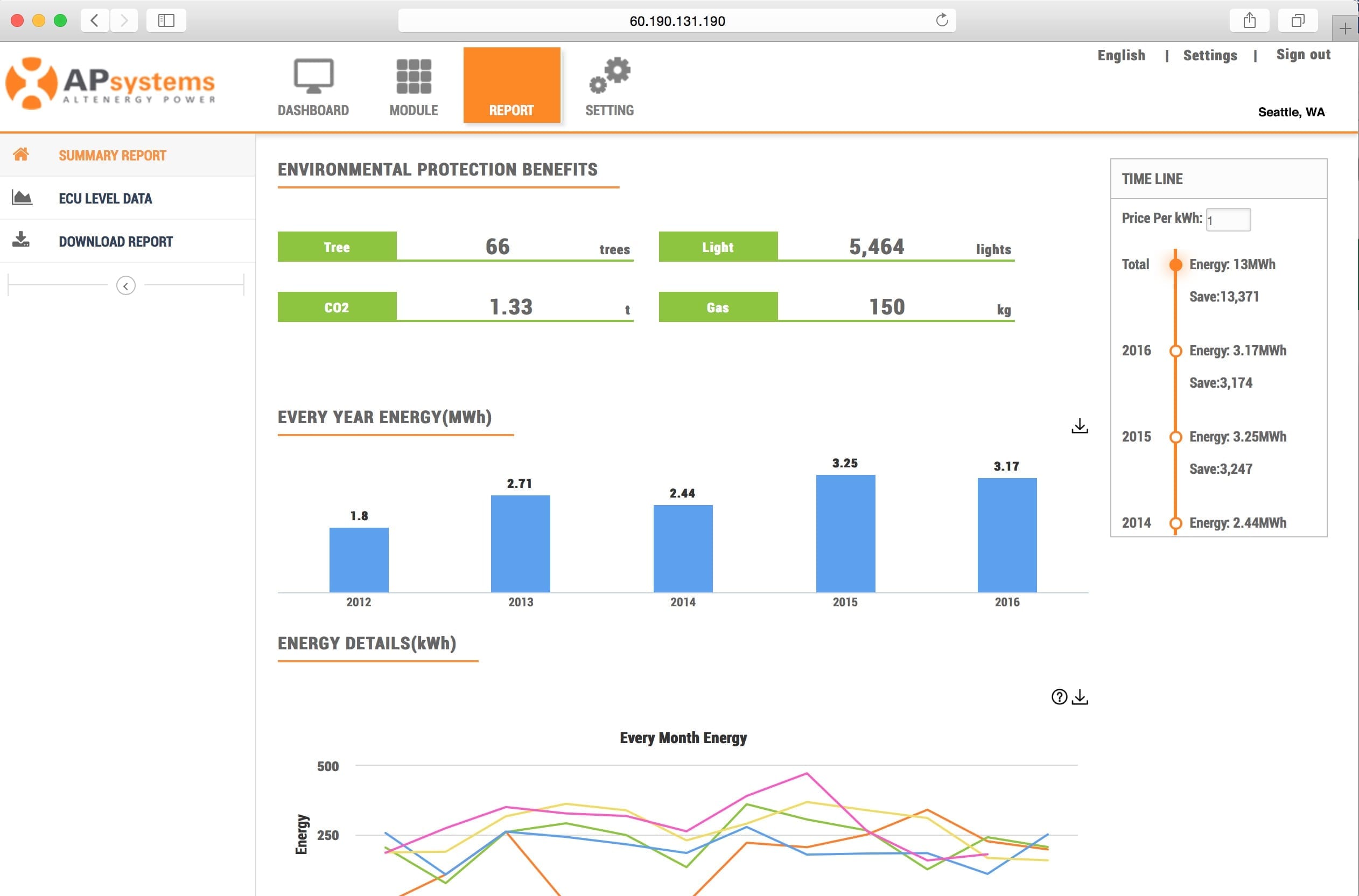 APsystems is proud to announce the upcoming launch of a new, redesigned version of its Energy Monitoring & Analysis (EMA) website APsystemsEMA.com.

The added functionality addresses end user and installer demand for detailed data and enhanced capability in a more user-friendly interface. The new EMA website will launch on November 30th.

“We are excited to re-launch our very popular EMA website.” said Jason Higginson, APsystems senior director of marketing, USA. “The site already hosts tens of thousands of homeowners and end users all over the world who view their APsystems solar array performance online and through the APsystems EMA App. These new design improvements now give them an even more in-depth view of their system performance, improved reporting and additional historical data in a clean, comprehensive and dynamic user interface.”

The APsystems EMA website will be unavailable from 00:00 to 04:00 UTC /GMT on November 29th in order to complete the transition to the new EMA system. Users can access their site using the same URL and log-in information as before at APsystemsEMA.com or by visiting the APsystems website at APsystems.com and clicking “EMA Login” at the top right portion of the homepage.