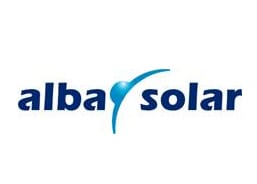 Leading international distributor Albasolar has added APS Microinverters to their select PV product line.
The APS YC500 microinverter and related products are now available through Albasolar in the U.S., Spain and Portugal markets. Introduction of APS equipment to other European and Latin American solar markets through Albasolar channels will follow.

“APS is emerging as a dominant player in the microinverter space both here in the U.S. and abroad,” said Thomas Nelson, APS Vice President for Sales. “Albasolar’s multi-country presence gives us another key partner in the U.S., while this same channel allows us to expand internationally.”

Albasolar was founded in Europe in 1993. Always loyal to a pure wholesale distribution model, the company has supplied thousands of PV installations in Europe and North and South America.

The company’s industry experience means it can offer superior logistics and create strategic agreements with the industry’s leading manufacturers like APS. This allows Albasolar to offer best-in-class products at excellent prices.

“The microinverter is still a young product compared to string inverters, and APS has come to play a good role in the growth of this market,” said Alberto Medrano, CEO of Albasolar. “APS, with its 500-wattoutput model, will be a leader in this category.”

Albasolar’s U.S. operations are headquartered in Boston, Mass., and the company maintains additional offices and wholesale distribution centers in California, Florida, and across Europe.

APS product design positions the line for success in a growing number of international markets like those served by Albasolar.

APS Microinverters’ unique chip-based architecture allows each unit to be easily programmed to accommodate the various grid voltages found in different regional markets – a flexibility built into each APS unit and unmatched by other microinverter products.

APS was founded in Silicon Valley in 2009, and is now a global leader in the development, manufacturing and marketing of microinverters based on their own proprietary, leading-edge solar technology.