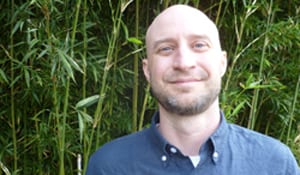 Weber has extensive experience as a solar installer, with more than 50 installations in the Colorado market to his credit. He has also worked as a financial analyst in the solar industry, and holds a master’s degree in interdisciplinary studies.

“Andy is a great addition to the APS team,” said Tommy VanCleave, Customer Service Manager for APS America. “We pride ourselves on our responsiveness to customers, and Andy’s expertise carries that mission forward.”

Weber said he was drawn by the advanced solar technology now offered by APS, including the flagship YC500 microinverter and the YC1000, the world’s first true 3-phase, 4-panel microinverter for commercial applications, due later in 2014.

“APS products are distinguishing themselves in the market and in the field, where it really counts,” he said. “It’s an exciting time to be joining the company and supporting these products.”

APS was founded in Silicon Valley in 2009, and is now a global leader in the development, manufacturing and marketing of microinverters based on their own proprietary, leading-edge solar technology. APS America, representing APS in the US market, is based near Seattle.