SEATTLE — APS America, a global leader in solar microinverter technology, has hired Thomas Nelson as vice president for sales. He will also work with technical services and international support as collateral duties.

“Thomas brings to APS a depth of industry knowledge and technical expertise, and a long history in the power electronics marketplace,” said Paul Barlock, APS America senior vice president. “His addition to the senior sales staff will be a great asset to the growth of APS ’ share in the solar microinverter market.” 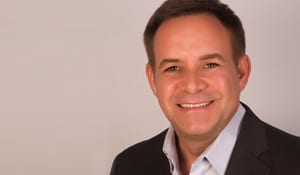 Nelson comes to APS with over seven years in the solar industry. He most recently served as senior director of strategic accounts with UK microinverter firm Enecys, where he oversaw distribution and sales for North, Central and South America and Australia. He has also held sales directorships with SolarBridge, Uni-Solar and Ningbo Solar. His expertise includes solar microinverters and PV modules, utility grid equipment and wireless communication.

He previously worked in the telecommunications industry, including management positions with American Power Conversion, Qualcomm and Verizon Wireless.

“The adoption of microinverters for use in residential and commercial solar installations is strong and APS is well positioned to become a global dominant force in this space.” Nelson said of APS. “Our current and next generation product offerings are in line to what the market is asking for today by providing an advanced technical solution at a lower LCOE.”

APS hs been on an aggressive growth curve in 2014, completing significant distribution deals with leading suppliers in California, the Mountain States region, and the mid-Atlantic market. The company is poised to introduce the YC1000, the world’s first 3-phase, 4-panel microinverter for large commercial applications.
APS was founded in Silicon Valley in 2009, and is now a global leader in the development, manufacturing and marketing of microinverters based on their own proprietary, leading-edge solar technology. APS America, representing APS in the US market, is based near Seattle.