Tim will join a panel of local solar manufacturers reviewing the history and future of solar inverter technology in Washington State.

Tim is a co-founder of Blue Frog Solar and an executive with APS America.. APS ranked No. 2 in global market share among top microinverter suppliers by shipments in 2013 (source: GTM Research).

Solar Washington meets during odd months and is free and open to solar and related businesses, homeowners and solar enthusiasts. The meetings are an opportunity to network with industry representatives and learn about current products, services and issues surrounding the solar industry in Washington State.

For those unable to attend the meeting in person, the event will be streamed live at https://global.gotomeeting.com/meeting/join/154050909. See www.solarwashington.org for more information.

APS America, representing APS in the US market, is based near Seattle. APS was founded in Silicon Valley in 2009, and is now a global leader in the development, manufacturing and marketing of microinverters based on their own proprietary, leading-edge solar technology.

For more information on APS Microinverters, see www.apsamerica.com or www.bluefrogsolar.com. 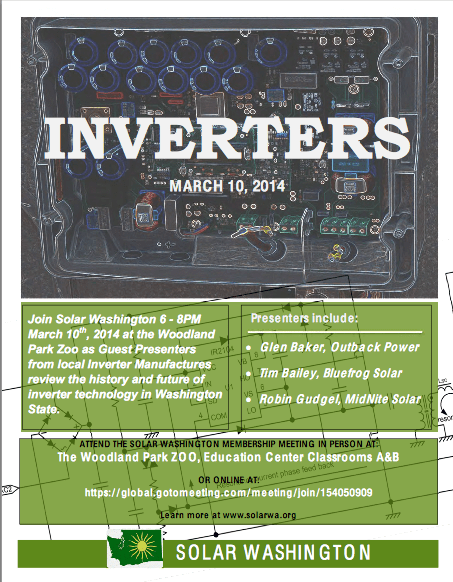 APS Microinverters to be distributed by Fortune Energy
Scroll to top